About a month ago I was going through some serious skin issues, mountains erupting left, right and centre, and overall my skin had just about given up on itself. I can’t exactly pin point the reason for the awful outbreaks and angriness but I’m putting it down to diet (a lot of chocolate was being consumed), water intake or lack there of, not consistently taking my contraceptive pill and also pure laziness of not washing my makeup brushes in a bloody long time! So I bit the bullet and placed a hefty but much needed Cult Beauty order, awaited its arrival and the beginning of hopefully a new regimented skincare routine. 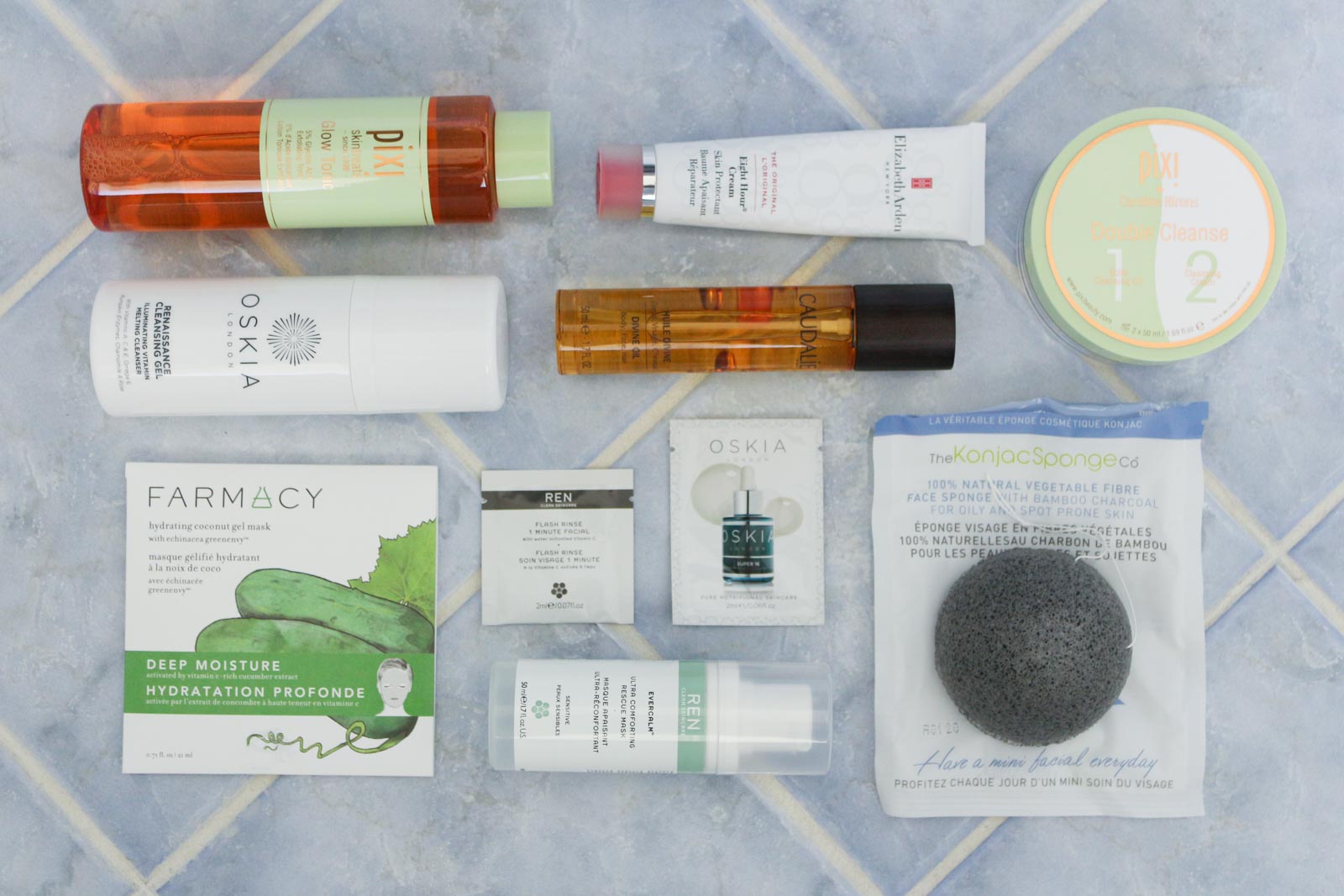 Of course I wanted to try out some new beauty bits I’d heard Anna, Lily, Caroline & Estée rave on about, but I also repurchased two of my all-time favourites: the Oskia Renaissance Cleansing Gel and Pixi Glow Tonic.

As for the other bits I picked up I wanted to try out something else from the Pixi brand and throw in the hilarious Caroline Hirons into the mix and I couldn’t pass up the Pixi + Caroline Hirons Double Cleanse – which is a solid cleanser used to disolve makeup or build up on the skin and a cream cleanser to clean the skin. I’m already obsessed with this and Caroline’s Instagram stories! Another brand I love is Caudalie and I’ve also been meaning to purchase a facial oil and so I put my faith into this brand to deliver and they certainly have with the Divine Oil. It is quite literally divine! I used to be repulsed by the idea of adding oil to my skin, but now I am a changed woman and the heavenly scent can’t go without a mention to. The product is not only designed for facial use but also for body and hair. The famous Elizabeth Arden Eight Hour Cream Skin Protectant is something I’d put money on that almost everyone bar me owned until now. Once I got over the initial awful hospital-like smell – side note: I once fainted in a hospital while visiting a friend because the smell is so horrid – I came to love this almost “medicinal” cream. So far I’ve applied it to my lips and a cut on my arm and I really like the soothing properties it has.

Onto the products I had done absolutely no research on at all and just decided to pick up anyways: REN Evercalm Ultra Comforting Rescue Mask which I have come to love when I’m suffering from a massive angry breakout, Farmacy Hydrating Coconut Gel Mask – Deep Moisture (Cucumber) and Pure Konjac Puff Sponge with Bamboo Charcoal. Samples included by Cult Beauty in my order were the Oskia Super 16 Serum and REN Flash Rinse 1 Minute Facial.